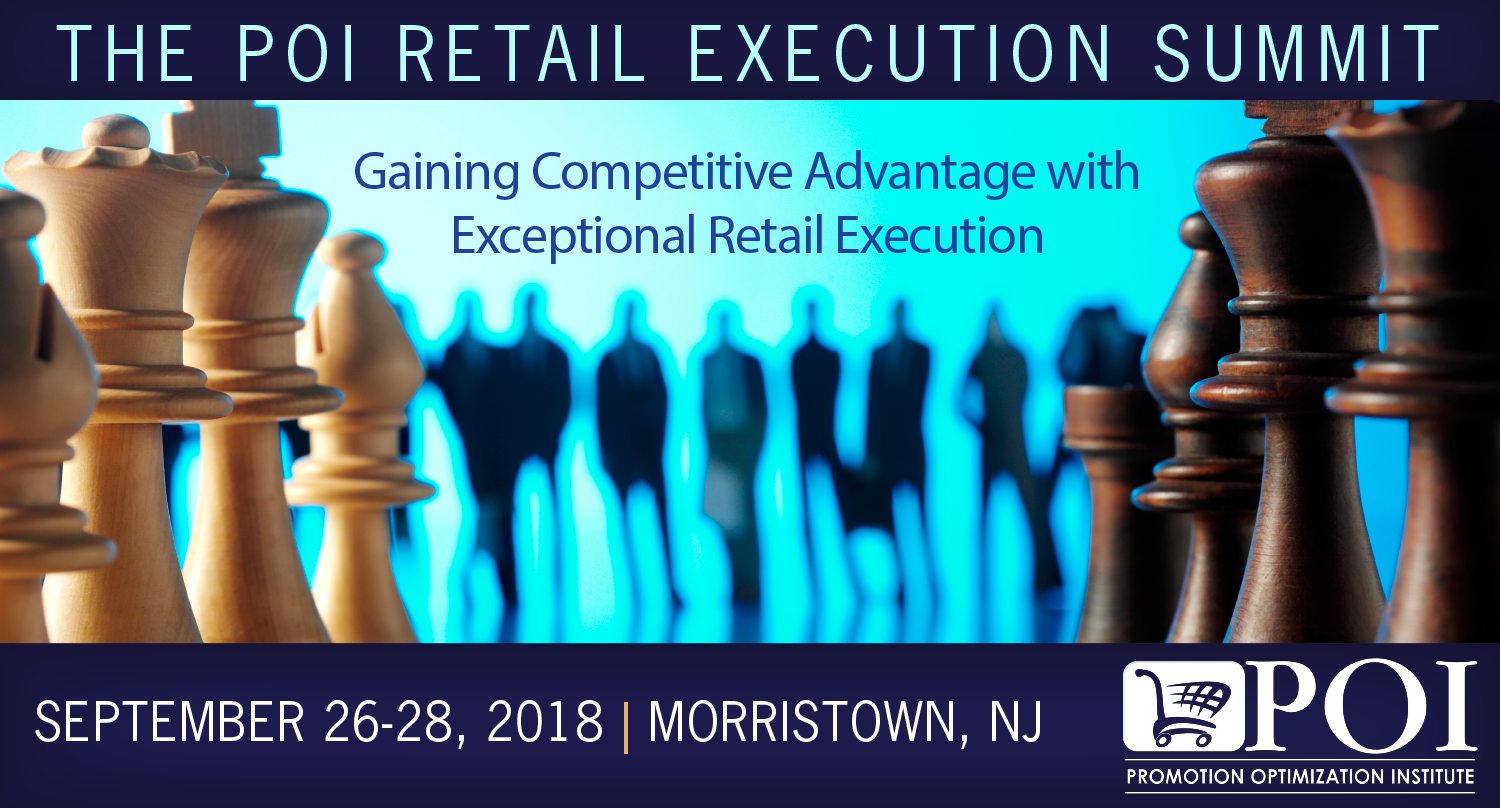 POI Pulse Guest Column: Blockchain Readiness for Trade Promotion
Blockchain is hailed as a more secure, faster, and highly flexible network over which data can be transmitted. Because trade promotion has typically and traditionally been managed over highly segregated technologies, behind the corporate firewall, transaction speed and security have not been much of an issue over the years. But the advent of cloud-based technology has seen several major TPx vendors move to a cloud platform.
Even with the advantages in cost and performance in the cloud, many major CPG companies still restrict the sensitive information that consists of trade funds, expenditures and performance to on-premise databases and processing technology.
Although still a major concern, there are several developments in blockchain technology that have focused on security and reduced vulnerability to hacking; so, it is a good time to review and refocus.
The conceptual operational view of blockchain has some merits for trade promotion.  For instance, the use of smart contracts, for trade promotion plans presents an interesting use case, because it could be a way to encapsulate the often rigorous and voluminous tactical activities, business rules and performance requirements for each promotion committed by the supplier and the retailer. Using a standard format could enable far more consistency, easier compliance verification and a more detailed set of data that A/R, settlement and deduction managers can review to offset deductions taken off-invoice for trade promotion.
For consumer durables, fashion, high technology, consumer electronics, automotive aftermarket, and household products industries where cooperative advertising and market development funds are transacted based on the receipt and audit of proof of performance documentation (claims), this could represent a more efficient and certainly faster method of reimbursement process.  These are all major headaches for both the channel and supplier companies. Blockchain, and it’s prophesied future inevitability is on everyone’s mind; as are the problems and inherent dangers that are more than widely articulated across the spectrum of global business. However, the ship is slowly turning toward relevance and acceptability, even among the most conservative views of banking and financial services.
Several technical issues in blockchain could impact trade promotion, but any attempt to jump into the blockchain operational use today would be a continual battle with updates and changes even more than with the early TCP/IP infrastructure of the internet in the 80’s and 90’s.
Considering the financial exchange element of trade spending, the use of blockchain also presents the opportunity to create new cryptocurrency for promotion settlement. Many now believe that the scope of trade channel promotion presents one of the best opportunities for the creation of a new cryptocurrency specific to promotion spending. Downstream data is critically important in trade promotion today. POS data has become the mainstay for both retailer and supplier companies to understand immediate impact of trade promotion execution. Blockchain could transact POS data in real time with significantly higher capabilities to carry critical promotion, sales, inventory and consumer marketing data to deliver real-time insights into consumer shopping activity, promotion response and supply chain optimization. Blockchain is a foundational technology; so, the question of the applicability of cryptocurrency as a future trade spend option is a bit further out. Prepare – you are seeing the future unfold!Learn more via the complete article here.
By: Rob Hand
Senior Manager, Trade Promotion, Capgemini
General Mills’ CEO on eCommerce Growth
Source: (Dig Commerce360 June 29, 2018)
“We are going to increase our investment in e-commerce this coming year, because we saw the investments payoff and that is indicated in our growth rates,” CEO, Jeff Harmening told analysts. eCommerce could account for about 5% of total sales in about two years. Learn more
Conagra Creates Frozen Food Giant
Source: (Bloomberg June 27, 2018)
The pressure on packaged-food makers to get bigger has intensified in the aftermath of Whole Foods Market Inc.’s sale last year to Amazon.com Inc. Frozen food, however, is considered relatively resistant to Amazon’s push to get shoppers to buy more groceries online because they’re tricky to deliver. Learn more
Registration is Open!   POI Fall Annual Summit in Dallas, TX, “Collaborative Marketing Driven By Data Analytics”, November 7-9, 2018
We’re back at the Westin Galleria! Join us and 300 CPG and Retailers peers!  Attendees include: Pepsico, Sargento, Rich Products, Bellisio Foods, Massimo Zanetti, DPSG, Musco Family Olive, Daisy Brand, AAFES, Johnsonville, Kimberly Clark, Ajinomoto Windsor, Walgreen’s, Blue Buffalo, Pinnacle Foods, Del Monte Foods, Duane Reade, ConAgra, Ainsworth Pet Nutrition, Red Bull, Hormel, and more!
View Preliminary Agenda & Register here
Southeastern Grocers to Launch Digital Media Hub
Source: (Supermarket News June 25, 2018)
Southeastern Grocers has adopted a digital platform to help it better engage shoppers and deliver more personalized savings. Connecting to the grocer’s point-of-sales systems, the platform leverages real-time purchasing data and online behavior data to deliver personalized digital coupons to shoppers, mainly via their smartphones.

Webinar: Switch on Growth in Action

In case you missed the live webinar on June 27, you can access the on-demand recording here
Campbell Soup Makes its Recipes Shoppable to Boost Online Sales
Source: (DigiDay June 25, 2018)
Matt Pritchard, VP of digital marketing at the Campbell Soup Co., said the service eliminates the need to hunt for ingredients outside of the website. “Consumers shop very differently now,” he said. “They expect things to be there in an instant.”
Learn more
Don’t miss the next POI Summit!
Presentations from the Recently Concluded POI European Summit are available to POI Members

In case you missed the POI live webinar on June 14th, you can access the on-demand copy of the recorded event here.
Access Recording here
Lego Eyes Amazon for More of Retail Search Budget Source: (DigiDay June 28, 2018)
Despite Amazon’s rise in the eyes of Lego’s marketers, it’s not the only retailer to catch their attention. “Whether it’s Amazon, Argos or Walmart, we don’t see any retail platform that we work with as competitors because we respect what the user’s preference is and try to offer them the best products for that particular experience,” Gómez, head of global search marketing at Lego said. Learn more
Next POI CCM Orientation – December 12 and 13, 2018!
“I truly enjoy meeting as a group and learning from the professors and colleagues at the POI Certified Collaborative Marketer program at Saint Joseph’s University.  Thanks for putting this certification program together, it’s fantastic!”
-Veronica Escalante, Customer Development Manager
Sprout Foods, Inc.

Have a Safe and Happy July 4th Holiday!
Reach us at any time at mkantor@p-o-i.org or visit the POIwebsite at www.poinstitute.com
Previous Post: « POI Pulse June 25, 2018
Next Post: POI Pulse July 9, 2018 »